Request for some of my pictures

So there has been a request for some of the photography that I have been doing, and I thought that was a great idea :)! Here are some pictures for you :)!

Here is my youngest child and she is now 5 (going to school in the fall), she decided that she wanted me to take some pictures of her which is rare but when she does she is amazing :)! 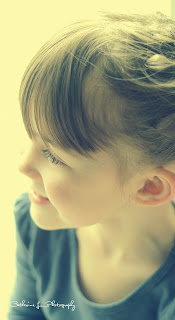 This is actually how the sunset looked, kinda neat with this HUGE ray of light coming off the sun and shooting up into the sky. 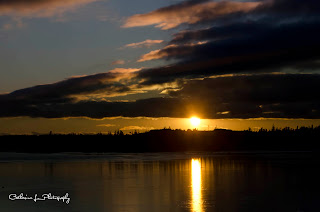 What an amazing sunset this was, I went up the road from me to take this picture am glad I did go check it out :).

Will post some more things later, and I am trying to get back into card making :)! I will be back with more pictures too...

Posted by maiahs_momma at 4:30 PM 0 comments

Sorry for my lacking posts and card making

I wanted to come on here today to just explain why I haven't been online or making/posting cards anymore, also wanted to apologize for not coming on here sooner to let you all know. Life got picked up, turned upside down and shaken hard..then put back down again for us to put together the pieces!
On August 14th, 2011 my husband and my 2 boys (9 year old and 7 year old) went for a bicycle ride up our road in the afternoon...while I stayed home with our 4 year old daughter and I was battling food poisoning that day too. About an hour and a half passed by, when I started to wonder where they got to..but knew that they probably found some berries or found something cool. The next thing I knew, my two boys came running home screaming at the top of their lungs...I thought my middle son had fallen and hurt himself. I soon found out that no it wasn't him, but that it was my husband...he had fallen off his bike (Still don't know what happened to this day), he wasn't breathing or moving but was bleeding from his head. I grabbed a beach towel that was by the front door, ran down our road (not even a minute out or driveway) and performed First Aide on Ben when I got to him...luckily my neighbor was home and was already with him keeping him still. My neighbors wife took my 3 kids into her house, while her hubby and I took care of Ben...it took over 60 minutes for the paramedics, police, fire trucks to arrive on the scene. My boys thought that daddy had died out on that road in front of them that day, I can't even imagine what they went through...so scary! I called my parents immediately, to come help me with the kids and I found out that they had JUST gotten home from their cottage 2 second before I called. Then I called his parents, told them what happened...told them to meet me at the hospital because Ben was already on route...and I still had to go get dressed etc. (was in my pj's still from being sick).
When I got to the hospital, I found out that Ben had broken: his eyebrow bone, his cheek bone hairline fracture in his jaw, compression fracture in his spine (T7), multiple broken ribs and a moderate brain injury on top of that. We are still finding bones that are out of place in other spots on him...like his collar bone, his hands/arm...they were more worried about his brain/head than they were about the other things. So now almost 6 months have passed, fractures have healed up nicely but it is the moderate brain injury that we are left to deal with and figure out on our own! Ben is now different, what do I mean? He is moodier, more irritable, his personality is different, when he gets stressed out or overwhelmed he has no filter from brain to mouth (before the accident he wouldn't tell anyone off, now he would). Ben is not the same guy he was before the accident, and we are told that if he keeps working hard or if he doesn't follow the doctor's advice that this is the NEW him we will be left with...not something one wants to hear. When someone has a brain injury the first thing that gets broken is the part of the brain that tells your body that you are OK, and they seem to think everything is about them even if they have a family with kids. It has been a hard long road let me tell you, wouldn't wish it on my worst enemy! We are taking it one day at a time, have had LARGE amounts of prayer surrounding us non stop and without that I think things would have been different...since the accident first happened and even now I feel at peace, I feel calm and not overwhelmed.  This is the main reason why I haven't been on here making or posting cards...cuz'  I am trying to hold and put our family back together again. That and we are still trying to figure out the ins and outs of who this NEW Ben is, something I think will be an ongoing process!
I have also been busy with my cause for getting children/teens/young adults with Special Needs/Ld's/Mental Illnesses more supports, services, resources in ALL schools across this Province I live in...but also within our communities too :). This cause is going well, and getting heard by important people...who are starting to ask questions, wanting meetings with me etc. :)! I am enjoying this alot, it is one of my passions that I have and it is something to help me get out of the house a little bit from all that is going on here in my home.
I have also decided to get more into photography, I LOVE it a lot and it is my new passion that has replaced my card making for now! I am learning everything I can about it, taking courses, just always having my camera with me wherever I go just in case a perfect picture will pop up...I would love to eventually make it into a home business. I love being able to be part of people's IMPORTANT days, to be able to capture those amazing moments and give them back to them to keep forever :)! I am not one to like posed pictures, although I will do some posed stuff...I am ALL about the candid stuff, because you can capture people and their personalities with them. You don't get forced smiles, or oh no not another picture looks...you get happy and natural pictures...you get to catch a glimpse into who these people really are.
Anyways, I just wanted to stop in and say that I have been thinking about you all...hope you haven't lost your card making creativity or passion like I seem to have done. *HUGS* 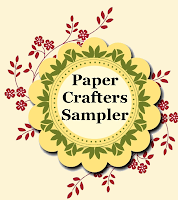